As a saxophonist, Luc Houtkamp is largely self-taught. In the early 1970s, he studied at the Vrije Academie in his hometown. In its electronic music studio, he met leading electronic composers such as Gilius van Bergeijk, Tony van Campen, and Michel Waisvisz. Since then, Houtkamp has worked in a wide variety of musical situations as a solo performer, composer, and as the member of different ensembles.

Both as a performer and as an organizer, Luc Houtkamp is interested in improvised music as one method for the production of music rather than as a stylistic form. That is, the music itself is more important than the method, whether it be composed, improvised, or somewhere in between.

Luc Houtkamp appears on this CD: 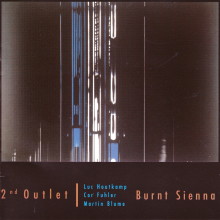