On Friday, February 2nd, 2018, Georg Graewe, Damon Smith, and Michael Vatcher recorded at Oktaven Audio in Mt. Vernon, New York for the next nuscope recordings release, due this coming September.

This is our 20th anniversary recording, and hearkens back to the great sessions in Germany in 1995 that provided the music for Subsymbolism and Impressions of Monk with Vatcher, Graewe, and bassist Marcio Mattos.

The resulting music is very different, with a more taut rhythmic feel, a pronounced lyricism, and fresh improvisational directions. 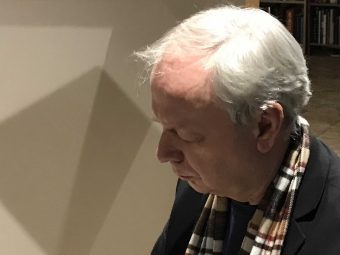 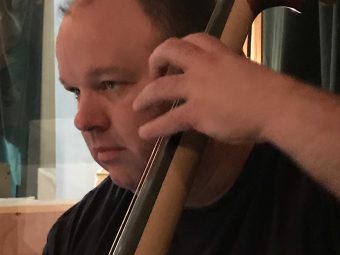 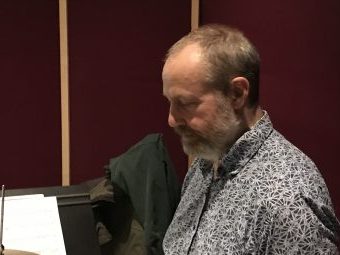 Achim Kaufmann has won a major prize in Germany!

This year, pianist Achim Kaufmann will be awarded the prestigious Albert Mangelsdorff Prize in Germany. According to the Berlin Buhnen website:

Pianist Achim Kaufmann will be awarded the Albert-Mangelsdorff-Preis, which is bestowed biannually by the Union of German Jazz Musicians and includes prize money of 15,000 Euros. The award is donated by the GEMA-Foundation, the Society for the Administration of Neighbouring Rights (GVL) and the Promotion- and Support Fund of the German Composers’ Association.

“For many years, Achim Kaufmann has been one of the most inspiring and exciting personalities of the European jazz and improvisation scene. His music bears witness to great harmonic subtlety and structural depth. A brilliant pianist and composer, his reflected exploration of tradition has led him to a nuanced, contemporary sound language that encompasses poetry, energy and abstraction in equal measure.”
-Julia Neupert, member of the jury 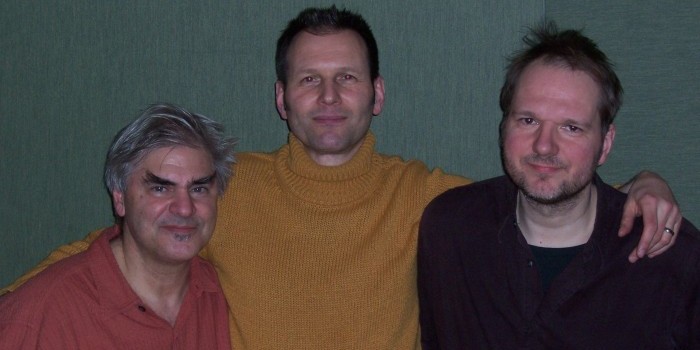 The Heberer/Kaufmann/Filiano session was a smashing success, with all three musicians in great form. Even given the eight compositions that the musicians brought collectively to the session, the free improvisations were all top-notch. More details forthcoming on what promises to be a very notable release.

On January 22, 2013, three innovative musicians recorded at Studio de Meudon in Paris, France for nuscope recordings. Swiss trombonist Samuel Blaser, who currently resides in Berlin, Germany and Brooklyn, New York, is best known for his meditative, original, and exciting trombone playing. Paris resident Benoît Delbecq, of course, is a truly original pianist who merges such seemingly disparate influences as Gyorgy Ligeti, John Cage, Steve Lacy, and even electronica into a new and refreshing style. Gerry Hemingway, now resident in Luzern, Switzerland, is a penultimate drummer and composer who has performed with many musicians including Anthony Braxton and Ray Anderson. Hemingway has recorded for nuscope as a part of his great trio with Georg Graewe and Ernst Reijseger (Counterfactuals – CD 1010).

All three musicians have ties to one another. Blaser and Delbecq recently recorded and toured with Francois Houle’s sextet. Hemingway is the replacement for the late Paul Motian in Blaser’s Consort in Motion, who is about to record a new disc in February for the Songlines label. Delbecq and Hemingway have performed as a duo, and also recorded as a part of a special double trio featuring pianist Fred Hersch (also for Songlines).

This recording is to include compositions by all musicians. Following the recording, Delbecq will go into Plush Studio with the great engineer, Etienne Bultingaire, to mix the recording. Nuscope’s engineer, Alan Bise will follow with the final master for 88.2/24 bit download and CD. With luck, the recording will be released in October of this year. This should be an exciting project that is of utmost interest to fans of all three musicians.