Reuben Radding is a bassist, free improviser, teacher, and recording engineer based in Brooklyn, NY. He was born in Washington DC in 1966. After relocating to New York City in 1988 he studied the double bass with Mark Dresser and quickly became a busy stalwart of the so-called “Downtown” scene, performing with many of the most prominent new Jazz musicians of the time. Radding has taught master classes on extended bass techniques and free improvisation workshops He is also an accomplished recording engineer and producer, and owns Studio STATS, in Brooklyn, NY.

Reuben Radding appears on this CD: 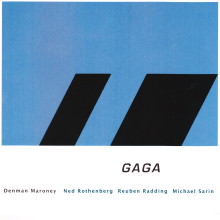