In North America and Europe, Nordeson has done numerous tours with the AALY Trio and School Days. He has played in collaborations with Peter Brötzmann, Barry Guy, Joe Morris, William Parker, Paul Rutherford, Stephano Scodanibbio, and Ken Vandermark. In 1994, Nordeson founded Co. Alba with choreographer Nathalie Ruiz, which is also a platform for his work as a composer. Together, Ruiz and Nordeson produced a number of dance performances; the latest is the short film Désiré, a commission by Swedish Television. Nordeson has worked in theatre performances in Riksteatern, and The Royal Dramatic Theatre and Stadsteater in Stockholm. With choreographer Philippe Blanchard’s ensemble Adekwhat, he toured Germany, Finland, Israel, and Egypt.

Kjell Nordeson appears on this CD: 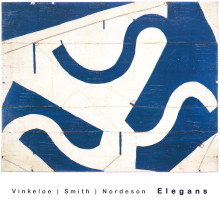